Identity & Revolution: How can Art be used as a Tool for Change-making

When we meet someone for the first time, the first thing we ask is to tell us a little bit about who they are.

This simple yet complex concept by which we engineer our sense of self, organize collective communities and societies, and build larger national and cosmic loci of belonging.

From the day we are born, we are assigned a name, a national identity, sometimes gender and religious identity as well. We slowly learn to identify as members of certain groups, starting with our family and slowly growing to include more complex systems such as the nation, religion, tribe, and ideology.

But this form of identity is external; it necessitates the inclusion of others; which is not surprising given that humans are naturally social animals. But there is a lot more to identity than the collective desire to belong to something bigger. Essentially, these are imagined communities (as Benedict Anderson argues). We do not know everyone that exists in the community we belong to, neither do they know us. Hence, we somehow feel connected in our imaginary by virtue of creating this collective sense of identity. And while this is vital for our survival and development as both people and societies, it can become a source of oppression and immobility.

National identity, for example, requires the cultivation of strong patriot sentiments for its continuation. However, this also leads to the discourse of othering.

Looking at the world today, there is a very interesting image. While national borders and cultural and language boundaries differentiate us from one another, globalization broke down these boundaries and brought us together through technology.

Today, we can shop markets thousands of miles away from where we are.. Today, we learn about people's stories in lands we may not have heard of before. Yet, there still exists fear and war. We still do not welcome differences and we still continue to other those different from who we are.

But art paints a different picture of the world. Art is this phenomena space by which imaginary borders and differences disappear.

In a world struggling with national wars, internal conflicts and displacements, a global pandemic, art becomes the therapy we all need.
During our first Feature Friday conversation, Faiza Ramadan and I spoke about the power of art in expressing complex ideas and feelings, archiving events and creating change in societies.

When I asked Faiza to talk about identity and art, she said identity is organic; that there  exists no necessary intentionality to cultivate identity but it formulates as a part of an organic natural flow of events, experiences and information. It is, therefore, subconscious. It is informed by change, bringing together our past, our present in order to create our future. Our identity is always changing.

If we dig into Faiza’s national identity and relate it to her work, we see an interesting bridging of elements between emphasizing and at the same time breaking of conventional forms of identity. Faiza is born to a Libyan father and a Ghanian mother. Her national identities, therefore, bring together stories of two rich cultures, history and politics. And this is present in her portrait paintings of traditional African women. However, these portraits, as Faiza explained, are not a simple expression of her African identity in a traditional physical sense, but more so her emotions and feelings beneath it all. This adds power to the portraits as they convey different messages to different viewers; and that is the power of art. 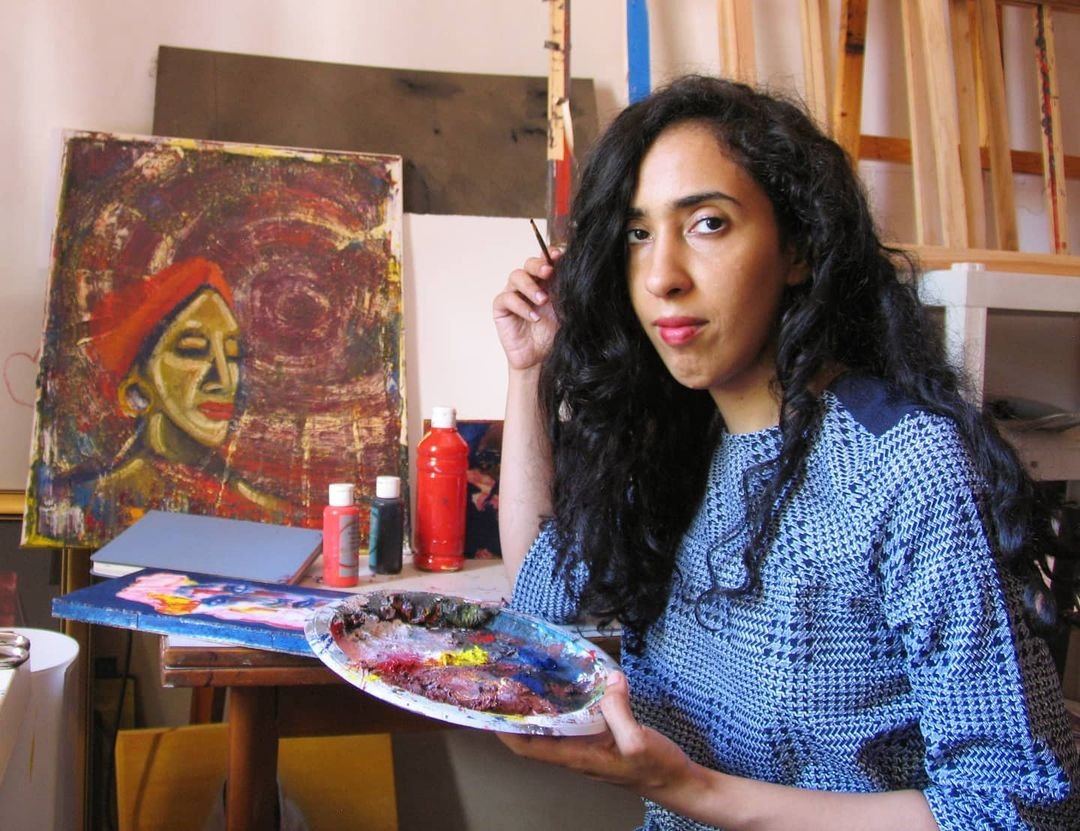 Art transcends all borders and boundaries. It is a free space where creativity trumps human’s inclination to identify. It is a universal language that travels across nations, cultures and religions. It, therefore, offers an opportunity for change. It introduces hope, ambition and desires.

In Libya, the 2011 uprising opened up new avenues for art expression. The regime of silence that had long governed the country under Gaddafi’s rule was long gone. However, fear of death and uncertainty of what the end result of the revolution were heightened during the 2011 months of the revolution. Faiza found art to be the medium for self expression and reflection. It consumed her complex emotions that she, herself, was unable to comprehend. Soon, she discovered that her art was archiving the realities surrounding her. She also realized the power that lies in her brush and canvas and decided to contribute to this revolutionary moment of change-making in Libya through her art. 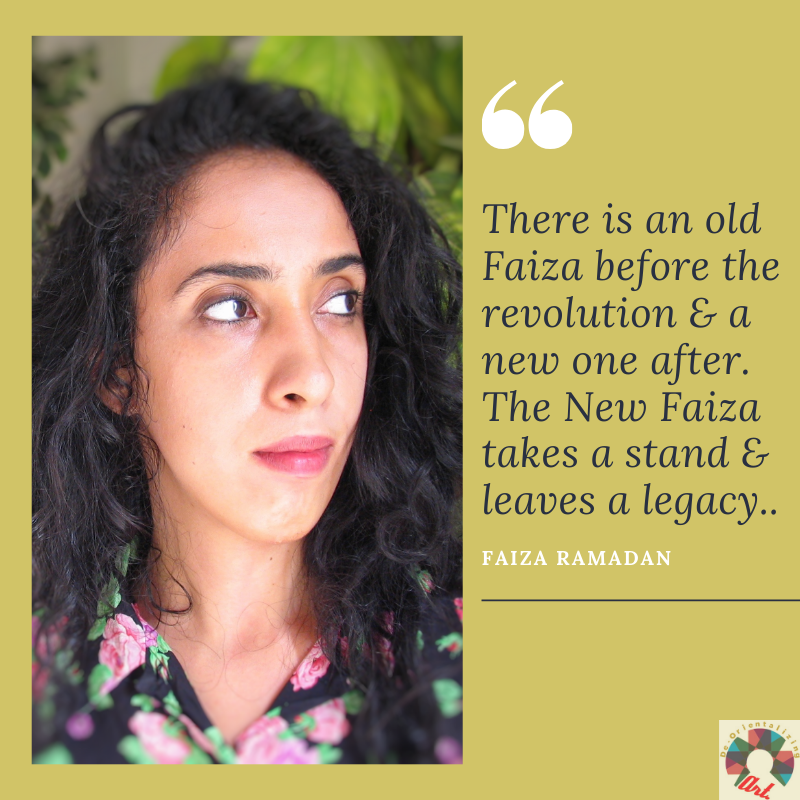 Art does only play a vital role in preserving society's collective memory and hence their sense of identity; but also allows for plurality in self expression and thus the progress of and development of society's future.

art identity revolution change change making artist paintings culture
Giving Meaning and Communicating Emotions: The Importance of Art in Creating Change
How Art Can Dismantle Fear and Cultivate Cultural Understanding
Interview with Libya Abroad: What is De-Orientalizing Art and why is it important
Comments